For those of you who dwell far too long over a breakup or crumble like a cookie when a chick tells you she’s going to the prom with a richie named Blane – according to a recent study there is a correlation between rejection and physical pain.

Daft Daddy is so excited that wee Mac is finally starting to develop strength in his neck. I guess picking him up by his head has really started to pay off. Sure he still looks like a Pep Boys bobblehead, but he still seems to enjoy the Bumbo Baby Seat.    ...

Product Review: All in One Activity Walker GT by C...

You don’t have to worry about your baby drinking and driving in this car. In fact, Daft Daddy encourages it. The All-in-One Activity Walker has a colorful automotive theme that provides a playful and stimulating experience for your toddler. A lockable bounce ... 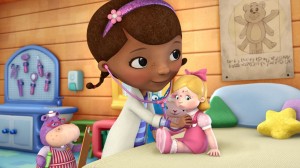 It always makes me chuckle when my two-year old has a bad dream. I mean really, how bad can a two-year old’s dream get? Was there no pepperoni his pizza? Did Thomas arrive late into Tidmouth Shed? Did Doc McStuffins lose a patient? But according the HealthDay Reporter, stressful events can have an almost immediate impact on children’s health and well-being, a new study finds. And that sounds like a nightmare.

Daft Daddy is all about comfort. I like comfort food, on vacation I will only stay at a Comfort Inn, and on my bed I have a comforter. So there you have it. So when TK inStyle (@TKinStyle) asked me to slip on a pair of Gemelli Corifei Slippers, how could I say no? The moment I put these on I thought I was wearing two little bunny rabbits. The open toe design allows your feet to breathe effortlessly while you do important fatherly tasks, such as getting the newspaper at the end of the driveway, taking out the trash, and yelling at the neighborhood kids to stay off your lawn. The overall comfortness of the Gemelli Corifei slipper is undeniable. And as a bonus, the tartan pattern makes it ok to drink all the whisky you want – no matter what time of day it is. Daft Daddy is hoping the good people over at Gemelli Corifei will come up with a robe next. That way it will be ok to have a cigar any time of day I want too.

Posted in Product Reviews | No Comments » 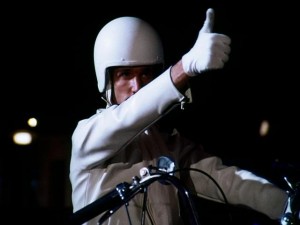 Daft Daddy has pulled off some unbelievable feats in his life time. Like the time I broke Fonzie’s record when I jumped over 14 trash cans without crashing into a chicken stand. But nothing compares to what this 8th grade boy did – twice! Last week, Easton Gamoke broke a 44-44 tie with a full-court, game-winning shot at the buzzer while competing for his Winona YMCA Runnin’ Rebels at a tournament in Holmen, Wisconsin. What makes this story even more impressive is that when a local news channel showed up to interview him about his “one in a million” shot, the wee lad made the same shot again on his first attempt. Now that’s cool. 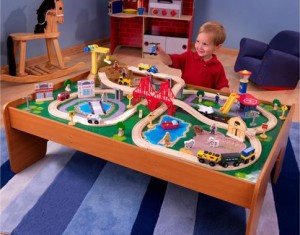 My son’s play area is so messy, FEMA would declare my living room a national disaster. Now I don’t know what kind of drugs this kid in this picture is on that allows him to keep his room so clean, but if it comes with the KidKraft Ride Around Town Train Set, I’ll take two please.  The KidKraft Ride Around Town Train Set comes with 100 colorful pieces including buildings, an airport, a helipad, and a hospital with an ambulance. All the pieces store safely in the two bins provided if you’re the kid in this picture. For the rest of us, you can expect to find more than 100 pieces to this train set in unforeseen places for the next 10 years.

People Without Kids Have No Idea What Parenting Is Really Like

Daft Daddy is hardly a parenting expert, however it seems that all my friends and family who don’t have children are. People without kids really have no idea what parenting is really like. If you think 7 years of bad luck for breaking a mirror is a long time, try breaking a condom. Check out Michael McIntyre’s set called, “People With No Kids Don’t Know.” And he’s right. They really don’t.

Most of us don’t contemplate our diet until we are fat like Daft Daddy. I’m so fat, when I go camping bears have to hide their food from me. But here is a 3 year old boy who has realized from a very early age that what goes in may overflow the toilet.

The best and worst Halloween costume ideas for your child 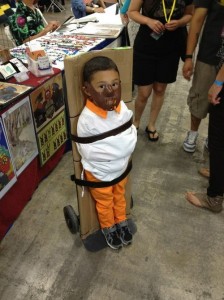 © Silence of the Lambs

Daft Daddy loves to dress up for Halloween. Usually for Halloween I dress up as Maury Povich and go to hospital delivery rooms and tell men they are not the father. But now that I have a child who is old enough to trick-or-treat, I’m just going to be myself this year and go as drunk. So the question is, what costume should my son wear for Halloween? There are a lot of do’s and don’ts when it comes to children Halloween costumes, and I am here to provide for you a list of the best and worst Halloween costume ideas for your child. Do note it is entirely up to you to determine which ones are the best and which ones are the worst. Daft Daddy is hardly the Perez Hilton of Halloween fashion. 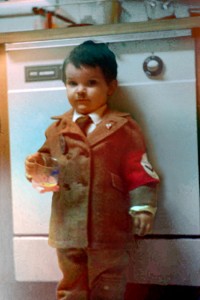 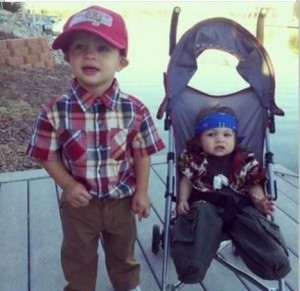 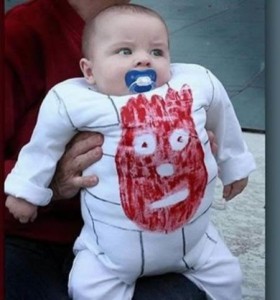 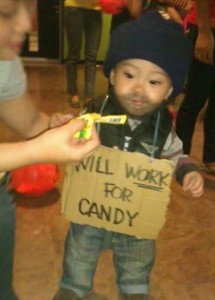 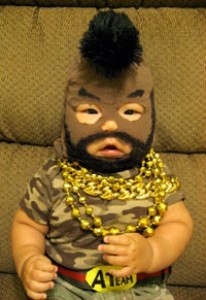 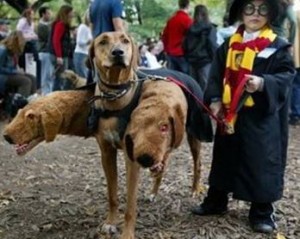 © Harry Potter and the Philosopher’s Stone

Woman to hand out obese letters to overweight children on Halloween 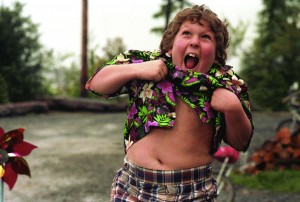 Daft Daddy loves Halloween. Perhaps it’s because the existing cobwebs in my house automatically become decorations. But if you’re a fat kid in North Dakota, beware of this person’s house. There’s a lady handing out obese letters to overweight children on Halloween! She said she plans to give a sealed letter to any overweight child, which the children – assuming they don’t eat the letter – are then supposed to give to their parents. In the letter, the woman plans to tell the parents that they are acting irresponsibly by sending their children out to seek candy when they are already overweight. As of press time, it is unknown if this lady has her own work out video or not.

Daft Daddy has been Christened. And why not? Who wouldn’t follow a guy who could turn water into wine? But today William and Kate beamed with pride as their son was christened at the Chapel Royal in St. James’s Place. Following the ceremony, a party was held at the Clarence House, the residence of Prince Charles. Guests partook in a cricket test while smoking a few fags and complimenting each other on their bowler hats. 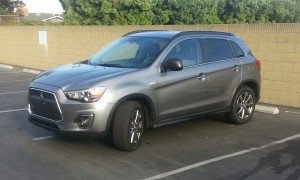 Due to some sort of clerical error I’m sure, Daft Daddy was given the keys to yet another automobile. This time around it was the 2013 Mitsubishi Outlander Sport. Unlike me, this car has a nice body. It has pretty decent lines, nice 18” alloy wheels, and sporty fog lamps in the event you find yourself driving in a Stephen King novel. The only thing I wasn’t a fan of was the front grill. It kind of stops abruptly, like the nose of a pig. So it came as no surprise when I used the horn and it went, “Oink! Oink!”

But the inside of the 2013 Mitsubishi Outlander Sport looks a lot like me. It has all the right bells and whistles, but it just looks a bit old and dated. The dashboard display panel looks like it was made by Atari. It comes with navigation, backup camera and satellite radio as one would expect, but surprisingly there is no Pitfall, Frogger or Dig Dug.

The 2013 Mitsubishi Outlander Sport does have a keyless entry, which is nice because it means one less key that I have to carry. And for me that’s a big deal, as I currently carry so many keys I look like Schneider from One Day at a Time – only I don’t roll my smokes up in my sleeves.

Contrary to other reviews, I thought the cargo space was pretty ample and the passenger space was much like me in the sack – inadequate. Simply put, there isn’t a lot of space in the back seat. Even Lieutenant Dan would complain about the lack of leg room back there.

But fortunately the ride itself is comfortable and it handles well on both local roads and highways. It also has the turning radius of a Segway, which I’d imagine would please mall cops everywhere. But sadly the 2.0-liter four-cylinder engine doesn’t give you a whole lot of power under the hood when you need it. It goes from 0 to 60 in about a day and a half. At times you feel like you’re driving in slow motion. If this car had a theme song, it would be Chariots of Fire.

All in all, Daft Daddy really enjoyed the 2013 Mitsubishi Outlander Sport. It’s a good looking car with a good looking sticker price. And it even had great gas mileage. Contrary to the front grill, this car wasn’t a gas hog. That’s all folks! 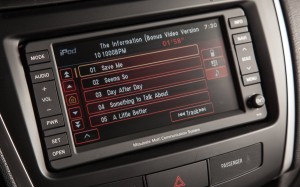 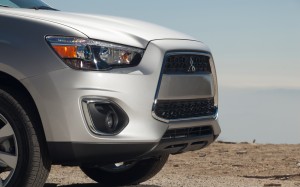 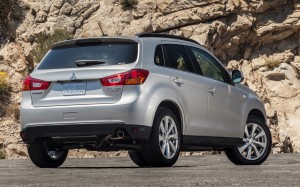 Posted in Product Reviews | No Comments »